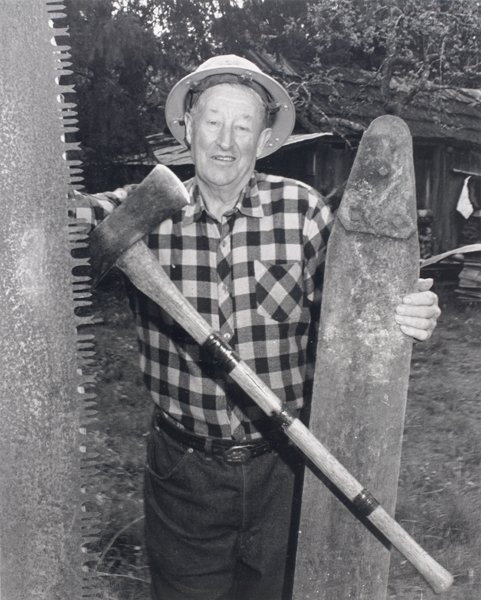 Jack Fleetwood was one of the original supporters of the Kinsol Trestle and the efforts to preserve it.  The following information about Mr. Fleetwood was provided by the Cowichan Valley Museum and Archives.

Jack Fleetwood was born on May 19, 1914 at “Achranich,” the family home on Bench Road in Cowichan Station.  His father was an Irish Remittanceman, George (Bert) Fleetwood and his Scottish-born wife, Edith.  Jack became a well-known local historian, beginning at an early age when he listened to the “old timers” and wrote their stories in a notebook for future reference.

The above photo was likely taken on Jack’s property, depicting some of the tools used during his logging days.